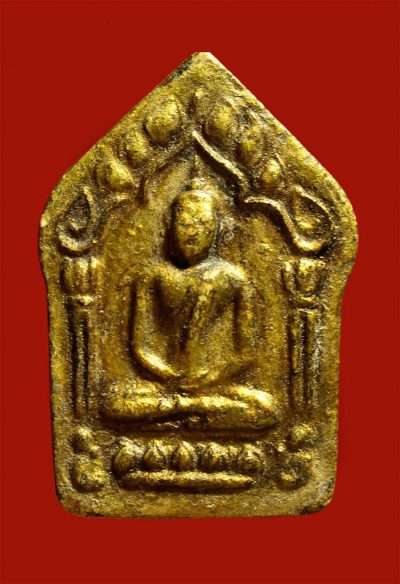 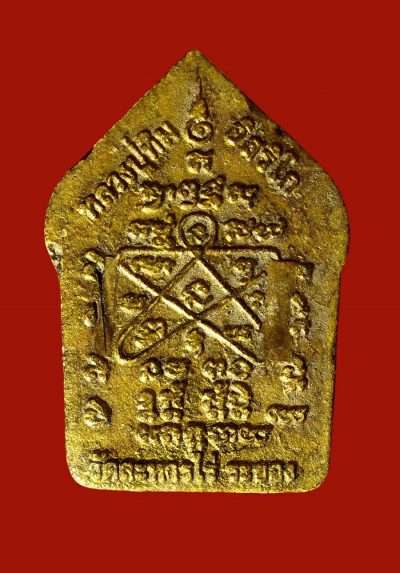 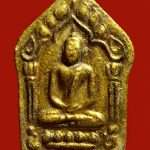 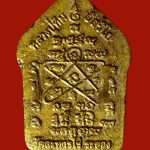 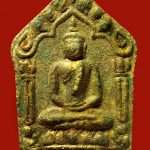 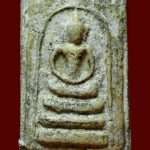 Luang Phor Iam is well known for his Pitda amulets and his Maha Soros Mongkol Takruts.

All his amulets amulets are highly sought after, and genuine examples such as this pra pitda are very rare indeed, This superb amulet is supplied with a first place competition certificate.

The amulet was blessed in B.E.2396 and contains many highly auspicious components such as ground sacred shells, Pong Maha Solos Mongkol,  PongTri Saranakom and Pong Itipiso powder, all respected for their universal and all encompassing sacred power

Aged 22 years he was ordained at Wat Bor, Nontaburi Province, moving shortly after to Wat Kalayanamitr, Thonburi Province. Luang Poo Iam learnt Dharma and sacred sciences at the temple for seven years prior to moving again to Wat Prayoonwongsawas in B.E.2388.

In B.E.2396, Luang Poo Iam was invited by locals of the province to take up position of Abbot at Wat Sapansoong.

Previously the temple was named Wat Sawang-arom but Somdej Krompraya Vachirayanvaroros, a high ranking monk, had renamed the temple as Wat Sapansoong because of a high bridge (or Sapansoong) in the vicintity of the temple.

When Luang Poo Iam first arrived, he was required to make extensive renovations. As a result he created Pra Pitda and Takrut amulets for the first time. These were given to those that contributed towards the extensive repairs required.

Over the years it is known that Luang Poo Iam travelled to Cambodia to learn sacred sciences from a Khmer ascetic named Jun, He remained here for several years, in fact the devotees of Wat Sapansoong thought that LP Iam had died in the jungles, organising a ceremony to bless his soul. Lp Iam became aware of events back at the temple through meditation, and returned amongst the surprise of many. At the time it was said that even those close to him did not recognise him due to his dishevelled appearance.

His fame grew through the many accounts of the power of his amulets, and those same stories still abound today. Before he died he told his close followers that if they faced any problems just call upon his name and his soul will come to assist them.

Although he learnt many sacred sciences his only disciple who inherited this knowledge was Luang Phor Glin, who himself passed the knowledge on to his disciple LP Thonsuk Luang Phor Glin was 31 years old when LP Iam passed away. He remained abbot until his death in BE 2490, when his disciple LP Thongsuk became Abbo Luang Poo Iam passed away in B.E.2439, when he aged 80 years having served the Buddhist faith for over 59 years.

Pra Pitda amulets are some of the most sacred Thai amulets originating from Wat Sapansoong, highly respected by all amulet collectors and devotees. These amulets were created by some of the best known Thai guru monks such as Luang Phor Iam who created the very first prototype, Luang Phor Glin and Luang Phor Thongsook. This particular pim is a beautiful example as evidenced by its win at competition. 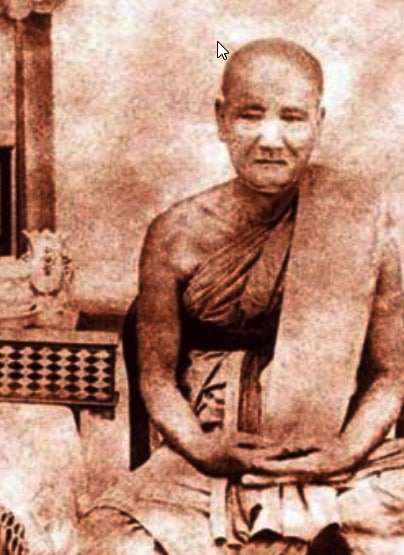 All our amulets are guaranteed authentic, many having either A certificate of authenticity or a competition certificate

Consult our specialists for help with an order, customization, or design advice

Amulets are shipped free of charge worldwide by fully insured courier. You will be provided with a tracking number