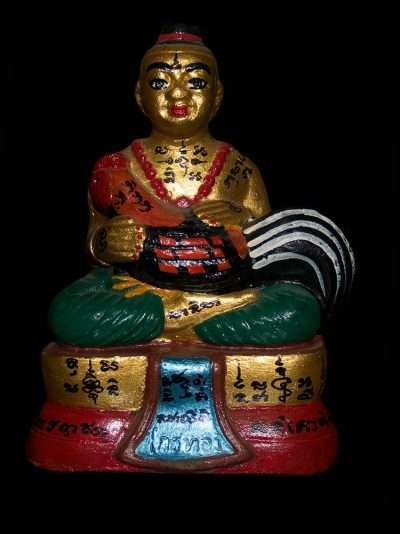 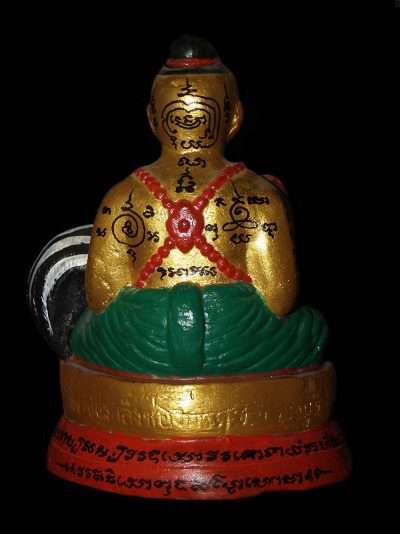 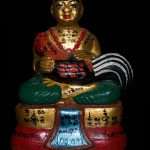 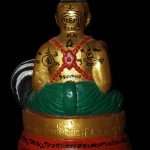 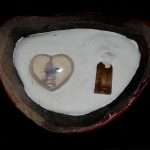 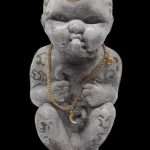 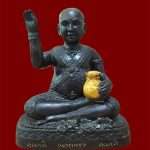 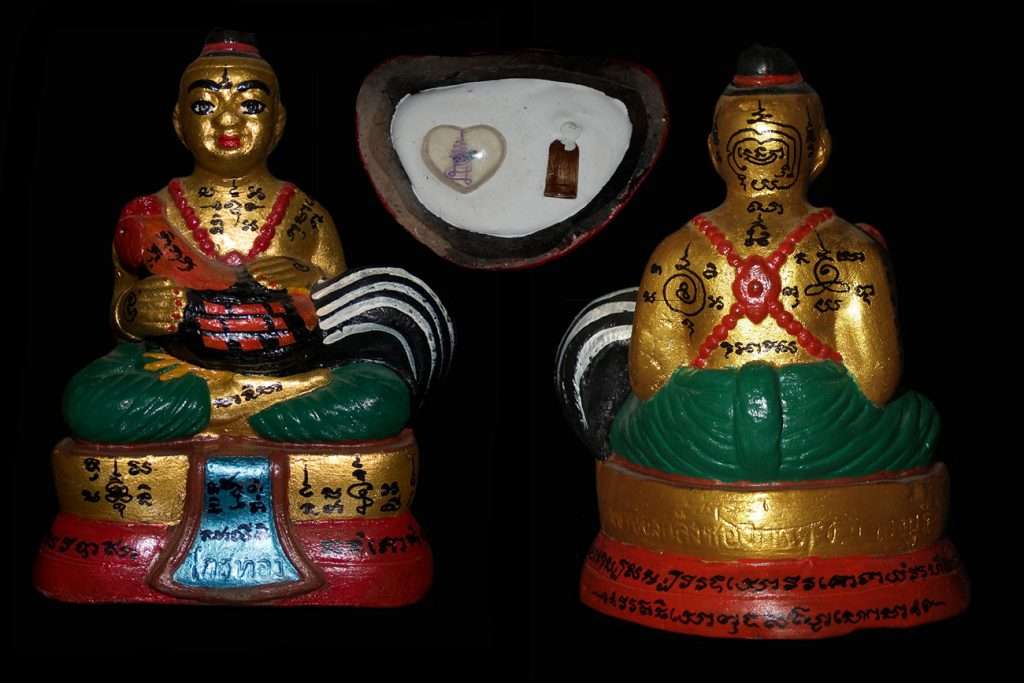 This special edition Guman Thong was created to help raise funds to build the Ubosot at Khao Chong Kling Chong Krot Temple, Kanchanaburi Province. There is another version of this Guman that is far more common, inlaid with gems and temple stamp to base without the See Peung Nam Man

Make a wish for wealth and protection:
“Ohm Srikanesa Ya Na Ma Ha“

Luang Pu Yaem is well know for his amulets and in particular takrut and Guman Thong. He inherited the knowledge from LP Tae directly  (Luang Por Tae himself a student  of Luang Por Ta. Wat Phaniang Taek and Luang Phor Chaem, Wat Takong, a famous guru monk of Nakhon Pathom) 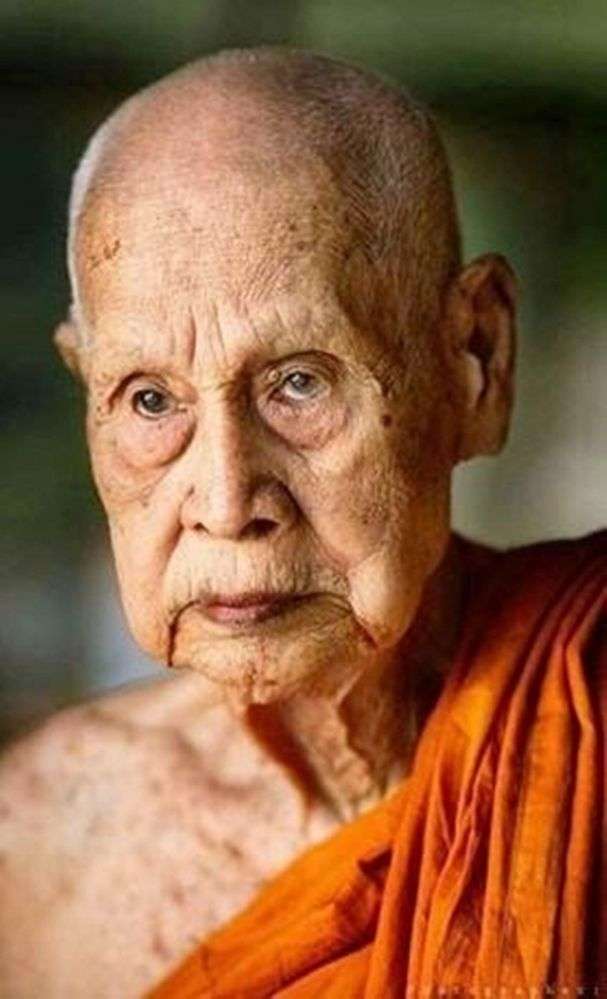