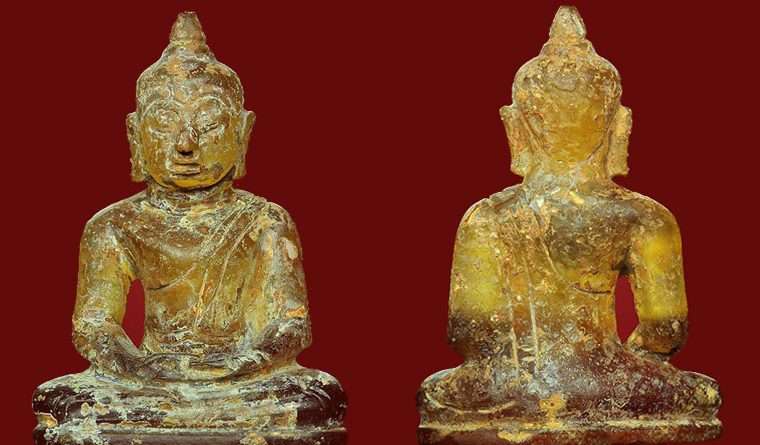 In my opinion, quite simply some of the most visually attractive amulets ever to have been created, but what may amaze you is that these were hand carved in the Dvaravati period and accurately dated  by scholars to a period 1,300 -1,400  years ago.

These semi translucent votive tablets are often mistaken for glass, but a close inspection will quickly reveal that the beautiful colouration often associated with these pims is due to the natural  characteristics of the semi precious gem stones or crystals from which they are created.  For example, Topaz and quartz being the most common.

The most common colour is a semi transparant milky quartz and referred to by many names such as “Pra Gaew Juyajia”,  “Gaew Paleuk” . “Pra Gaew Phet Nam Dtom” (diamond boiled water) or “Pra Gaew Phet Nam Kaeng (Diamond Ice). Other colours include yellow, green, blue and red. The warm amber amulets for example are made from Topaz, “Pra Gaew Butsaraakam” whereas the green amulets are made from a jade quartz refered to as “Hin Kieow Hanuman”

Fortunately these amulets cannot be mass produced and as such you seldom, if ever, see fakes and furthermore you dont need to be any kind kind of expert to authenticate. The difference between natural gem stone and glass or other synthetic materials is significant.

The honey coloured semi translucent Topaz amulets for example are highly distinctive in the way in which light is both captured and refracted.  These amulets not only reflect the Buddhist history of the region they also epitomise the exceptional ability of artisans of that period, an amazing standard that even today continues to differentiates them from any would be modern pretender.

The natural crystalline composition also lends a unique subset of powerful properties, dependent on the vibrational essence of the stone. The clear quartz pims for example are thought to deflect negativity and enhance positive change. The Topaz is known to enhance vibrational enery, manifesting in abundance and wealth. There are also other examples carved from stone such as Rae.

According to legend these amulets were to be found at every temple in any city region before becoming a “Meuang” which in this case refers to a historical semi independent city state, often characterised by the presence of a defensive wall and ruler. These pims are generally only found in nothern Thailand and in particular ChangMai, although some have been discovered in the central plains such as Ayuthaya but there is a very big difference in both quality and beauty, some interestingly being moulded from common glass.

It is presumed that this original artistic style was inherited from Lanna, the former Northern Thai kingdom which existed from the 13th to the 18th century before becoming a Burmese tributary state in 1558. Lanna was culturally seperate from the many of the Thai kingdoms such as Sukhothai and Ayutthya. In fact a succession of the Thai Yuan kingdom, and during the 15th century a dominant power rival to that of Ayutthya the former Thai capital. Many of the Lanna kings were known to be strong patrons of Thervada Buddhism.

This is an important aspect as durung that time, known as the “Dvaravati” period there were two factions of Buddhism practiced in the region that now encompasses modern day Thailand, namely Mahayana and Thervada. The types of religous art, statues and amulets for example, reflect this difference. Much of the style was of course inherited from India with a degree of Khmer influence.

The style of religous art during this era is commonly referred to as Chang Saen or Lanna , and reflects a style similar to the Pala style Buddha images of India, with lotus bud or orb shaped hair curls, round faces, narrow lips and prominent chests. Slightly later Chaeng Saen images were constructed from crystals and gemstones such as these Pra Kru Hot votive tablets which you will note many depict the Buddha in the “Subduing Mara” position, cross legged. Many ancient amulets from this region are simply referred to as Pra Chang Saen, a term that you may come across frequently if you have an interest in religious history and art associated with amulets.

Todays modern day amulets more often than not refelect what is typically known as the Indian Gandhara style tainted with what sometimes appears to me as an ever heavier western influence. One of the reason why these Pra Kru Hot amulets are such a real treasure and very little else in the 21st century even starts to compare.

The Phra Kru Hot amulets were not actually discovered until about 50 years ago and recovered by the Fine Arts Department in BE 2502 from numerous Chedis in Chang Mai. The excavations were made necessary due to the newly constructed Bhumipol Dam which would completely flood the city area known as ” Meaung Hot”

Almost every temple revealed a cache of these ancient amulets. Accademic research suggests that the Topaz (Citrine) almost certainly originated fron Sri Lanka or Ceylon, and the green quartz possibly from China, which is believed to sparkle with “Palang Khon Cheen Bohran” or ancient Chinese power that can defend the individual from evil and danger.

Essentially three different sizes were recoved during the offical dig and by villagers in the time thereafter, including 3 and 5 inch lap. The Fine arts department at the time were amazed at the quality of the amuletic images and in fact described the skill and workmanship superior to that of modern day moulded amulets. It was also said that considering each amulet was individually carved, the craftsman must truly have been blessed with the concentration of Lord Buddha.

When you consider the age of these amulets, I find these comments particularly thought provoking. When you think about it, we are talking of the 7th Century AD, a time when Muhammad, the holy Islamic prophet was alive and had just started preaching.

The exact dating of these amulets was made possible in BE 2513, when an archeological dig at Wat Don Kaeo, Lamphun province, revealed known dated finds (BE 1203) that were directly comparable with similar items recovered from Kru Wat Hot. If you are looking for a life long amulet, then I can say with complete honesty, you are unlikely to find much in the same league as these seriously special pims. 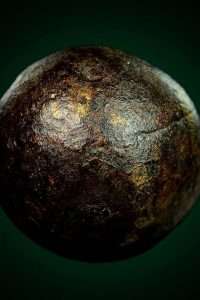 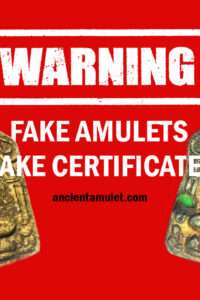 Background It has come to my attention  that a prominant online amulet vendor is  peddaling...